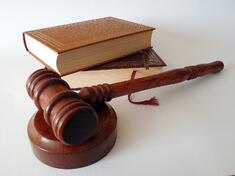 The Provider Reimbursement Review Board (PRRB or Board) has published 177 jurisdictional decisions to date for 2015 and that is only through October of 2015.  We will summarize November and December decisions once available.  The published decisions can be found using the following link:

In a previous post, 124 negative jurisdictional decisions were summarized and some best practice tips were provided for hospitals and/or their counsel to be sure they are following.  That post can be found HERE.  Of the 177 total decisions posted, the remaining 53 were in favor of Providers; HOWEVER, in 21 of those, only some of the Providers within a group obtained a favorable jurisdictional decision or if multiple Notices of Program Reimbursement (NPRs) were appealed, jurisdiction was only taken over one of the NPRs but not the other.

Let’s get through the 21 decisions noted above first.  Now, the Board sometimes finds jurisdiction for some Providers in a group, but not others, and often finds jurisdiction over one NPR, but not the other, when a Provider has appealed both an original and a revised NPR.  Accordingly, here are the 21 “take the good with the bad” jurisdictional decisions.

Since the Board will look at each Provider independently, you should not be harmed by being included in an appeal with other Providers who may have jurisdictional impediments.

The remaining 32 decisions vary as to the reasons why the Board decided in favor of the Providers, but the overriding theme is to follow the “Practice Tips” and provide all the required and necessary information to support your position when asked or required by the PRRB.  If you do, you will have a much better chance of getting a favorable decision or a chance to have the PRRB reverse a negative decision upon reconsideration, which happened in two of the decisions discussed below.

The work papers for the last two cases listed had been timely provided to the PRRB prior to the initial decision denying jurisdiction.  Do not miss your deadlines!

Thank goodness for weekends and Monday Holidays to give us those extra days!  However, the moral to this story is to not forget all those negative decisions discussed above, not wait until the last minute to file an appeal and to always send your hearing requests with tracking through a reliable on-time delivery service.

So, while there is hope that Providers can receive a favorable jurisdictional decision at the PRRB, it should be noted that the deck does seem stacked against them (remember our negative decisions post?).  We cannot stress enough that it is imperative to follow the Board rules and that providers and/or their counsel, continually review what is happening at the PRRB and evaluate their practices against the decisions rendered, so that the rug is not pulled out from under their issues.