PRRB Published Jurisdictional Decisions:  A Year in Review - Part I 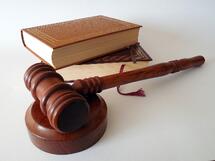 The Provider Reimbursement Review Board (PRRB or Board) has published 177 jurisdictional decisions to date for 2015 and that is only through October of 2015.  Of those 177, only 53 were in favor of Providers; and, in 21 of those, only some of the Providers within a group obtained a favorable jurisdictional decision or if multiple Notices of Program Reimbursement (NPRs) were appealed, jurisdiction was only taken over one of the NPRs but not the other.  The decisions can be found using the following link:


There were four main categories of negative PRRB jurisdictional decisions based on the 177 published decisions that were issued from January to October of 2015.  The first and largest category, 39 to be exact – this does not take into account the decisions for Providers who appealed both a revised NPR and an original NPR where the Board found jurisdiction over one of the NPRs, but not the other –, were because the Provider(s) filed their appeal(s) based on a revised NPR, where the revised NPR did not adjust the issue appealed.

It is crucial to appeal all issues in which you are dissatisfied from your original NPR.


The second category of negative decisions, and there were 27 of these, came from Provider Representatives not including a proper representation letter or where proper supporting documentation to meet the PRRB’s basic requirements for filing an appeal were not provided.

The appeal request or hearing request model forms are there to use as a guide.  Please make sure you are including everything that is required.


When the Board asks for information, always respond!


The third category, consisting of 16 negative decisions, came from Providers who appealed a recalculation of the SSI fraction from the Federal fiscal year to their hospital fiscal year prior to deciding whether to actually pursue the recalculation.  These appeals were deemed premature by the PRRB.  In some of these decisions, the Providers tried to split an SSI Baystate issue into two issues, one being an SSI recalculation issue and the other a group Baystate issue, which the Board denied because the issue as originally appealed did not support splitting out.  Even if it did, the appeal of the SSI recalculation would still have been premature.


Do not become a negative jurisdictional statistic!


The fourth and smallest category of negative jurisdictional decisions, and there were 11 of these, were based on the failure of the Providers to timely file their requests for hearing or add issue requests.  Later, the PRRB did reconsider and determine that one of these Providers did file their request timely, but it was only after the Provider proved to the Board the timeliness of the request.  In every other instance, the PRRB has shown virtually no lenience for appeals filed after the 180-day appeal window or issues added after the 60 days.

Do not wait until the last minute to file your appeals, position papers, etc. and make sure when you send these that you send them to the Board by a nationally recognized courier so the delivery date can be tracked.


Do not miss your deadlines, ever!

There were another 23 negative jurisdictional decisions, which stem from not following the practice tips above, but which also had some additional twists and turns.

It is bad enough to be told that your appeal does not meet jurisdictional requirements for one of the reasons outlined above, but in the following 8 negative decisions, the Board took it a step further and gave multiple detailed reasons as to why they did not have jurisdiction.

As we mentioned in the beginning, there were 53 jurisdictional decisions in favor of Providers and we’ll get to these in Part II of this blog to be posted shortly.   The takeaway from the negative decisions discussed in this post should be that if the Provider is going to prevail at the PRRB level they must, above all else, make sure they are meeting jurisdictional requirements.  It is important that Providers and/or their counsel continually review what is happening at the PRRB and evaluate their practices against the decisions rendered so that the rug is not pulled out from under their issues like in more than 70% of the 2015 cases reviewed and published thus far!  Following the Board rules and reviewing our practice tips should be a step in the right direction.