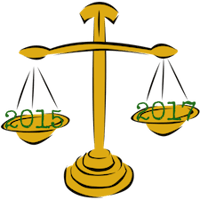 The 2020 IPPS Proposed Rule was published in the Federal Register back in May and public comments were accepted up until June 24. We anticipate that the FY 2020 IPPS Final Rule will be published in early August (perhaps as early as this week) and any changes will go into effect October 1, 2019. In advance of the Final Rule, we thought it would be helpful to review the Medicare DSH/Uncompensated Care payment portions (pages 19406-19423 in the Federal Register) of the proposed rule as it will affect qualifying DSH hospitals.

Factor 1 establishes the gross uncompensated care pool. CMS estimates the difference between what would have been paid to qualifying hospitals under the historical DSH formula and the 25% empirically justified amount. The source of this estimate is the most recently available projections of Medicare DSH reimbursement as calculated by the CMS Office of the Actuary using the most recently filed cost reports and the most recent DSH information provided in the IPPS impact file. For 2020, the estimate generally begins with cost reporting periods beginning in FFY 2016 with some exceptions and modifications described in the proposed rule. The net result is Factor 1.

Factor 2, also known as the reduction factor, reduces the UC pool calculated in Factor 1, established above, by the change in the national uninsured rate. The result of this adjustment ultimately establishes the net uncompensated care pool to be distributed to qualifying hospitals.

The data used to drive this factor has been subject to recent change. From 2014 through 2017, the data used to compute this factor was based on congressional budget office data, or CBO data. However, in 2018, CMS chose an alternate source, or sources as the case may be, and began using uninsured estimates from the CMS Office of the Actuary report as part of the National Health Expenditure Account, which is more detailed, complex and purported to be a better reflection of the number of actual uninsured in America versus the previously used CBO data.

Per the CMS Office of the Actuary analysis using the National Health Expenditure Account data, uninsured in 2020 is estimated to be 9.4%. Uninsured in 2019 is also estimated to be 9.4%. Therefore, once you blend the calendar year values to derive a federal year value, the result is obviously 9.4%. After running it through the statutory formula, Factor 2 equals 67.14% as compared to the final FY 2019 IPPS Factor 2 of 67.51% for a slight decline in the computed estimate of the uninsured rate for 2020.  You then apply the 67.14% uninsured rate to the $12.643 Factor 1 to derive an uncompensated care pool of $8.489 billion dollars for Factor 3. This represents a $216 million dollar increase versus the FY 2019 final rule and will be distributed to 2,430 qualifying hospitals.

projected to qualify for DSH in 2020

We had a lot to say last year on both the proposed and final IPPS FY 2019 rules as there was a lot of activity around reported S-10 data and opportunities to revise reported S-10 data in an effort to improve the quality of that data for use going forward. We won’t review that discussion here except to remind you that in the end, CMS indicated that audits of S-10 data would begin in the fall of 2018. And as you now know, they did and created quite a stir. In terms of a Factor 3 summary:

However, CMS has lobbed out an alternative, under the guise of a change in the rules effective October 1, 2016, and that is to use FY 2017 data instead of FY 2015 data. CMS solicited comments on that question and provided files containing Factor 3 information using either year for hospitals to review.

Other S-10 Items to Note

As you may be aware, in the FY2018 and FY2019 final rules, CMS applied a scaling factor to Factor 3 for all of the DSH eligible hospitals. The primary purpose of this was to account for the averaging effect due to the use of the three years of data in the factor 3 calculation. Since CMS is proposing to move to one year of cost reporting data, the proposed rule states it would no longer be necessary to apply a scaling factor to Factor 3 forall DSH eligible hospitals. However, there would still be a reduction factor similar to the scaling factor of 98.49% for all hospitals except for the Indian Health and Puerto Rico hospitals. CMS would still allow Indian Health and Puerto Rico hospitals to receive 100% and then remove the amount of those payments from the UC pool first.

CMS is again continuing to apply statistical trims to hospitals’ cost to charge ratios to eliminate any anomalies which is consistent with the FY2018 and FY2019 final rules. They are using the same methodology whereby the MAC may use a statewide cost to charge ratio for hospitals whose operating or capital cost to charge ratio is in excess of three standard deviations above the corresponding national geometric mean, or what the rule refers to as the CCR ceiling. This ceiling is recalculated annually by CMS and is published in the proposed and final rules each year. For hospitals that did not report a CCR on Worksheet S-10, CMS would assign them the state average CCR.

For a new hospital that does not have a FY 2015 or FY2017 cost report to use for Factor 3, the proposed rule would allow new hospitals to now receive the interim Medicare DSH payments but the hospital would not receive any UC payments before the cost report settlement since they would have no FY2015 UC data to determine what interim payments should be.

As stated in the FY2019 final rule, hospitals must submit the charity care detail with any cost report submission for cost reporting periods beginning on or after 10/1/2018. Hospitals that do not supply this detailed information will have their cost reports rejected for lack of supporting documentation. In the FY2020 proposed rule, and in the course of the S-10 reviews by MAC’s, a hospital that is not able to provide any sufficient documentation or is unwilling to justify its cost report, will have their worksheet S-10 adjusted to zero. This would result in their not receiving uncompensated care payments for FY2020.

Again, we expect the FY 2020 IPPS final rule to be published in early August, and anticipate that CMS will provide a summary of the comments that were submitted with regards to the Worksheet S-10 uncompensated care portion of the proposed rule and their final decision on whether to use 2015 or 2017 Worksheet S-10 data to compute a qualifying provider’s Factor 3 for UC pool distributions.  We are also curious if they will address the 2017 potentially aberrant S-10 data letters, the 2017 S-10 audits that ensued shortly after the proposed rule was released and still in process according to our client involvement and whether CMS will comment on FY 2018 audits and that ALL hospitals will be audited as we have heard from multiple MACs. Stay tuned as we will post an update to the blog as soon as the final rule is published and as usual, plan to host our annual final rule webinar summarizing the details.