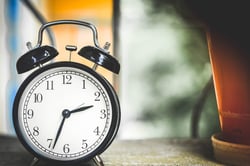 In anticipation that CMS might finalize the DSH/UC payment methodology proposed in the 2017 IPPS proposed rule, CMS released Change Request 9648, Transmittal 1681 (please see page 3, paragraph 2) in July, which included, among other items, guidance for MACs to follow for accepting cost reports containing revised Worksheet S-10 information. Specifically, in order for MACs to accept amended cost reports due to revisions to Worksheet S-10 for FY 2014, CMS put providers on notice by stating that “hospitals must submit their amended cost report containing the revised Worksheet S-10…no later than September 30, 2016.” CMS added, “Submissions received on or after October 1, 2016 will not be accepted.”


Worksheet S-10 submissions or revisions have become increasingly important because one of the key proposals detailed by CMS in the FFY 2017 IPPS Proposed Rule was their plan to transition, over a three-year period, the DSH/UC distribution model from the use of Medicaid and SSI days to Line 30 of Worksheet S-10. Beginning in FFY 2018, CMS proposed to use three data sets to calculate a provider’s uncompensated care Factor 3 as follows:


Even though the UC payment methodology described above was not adopted, CMS did make mention of the Change Request 9648, Transmittal 1681 in the final rule:  “CR 9648 is one of the multiple steps we intend to take over the next several years to ensure more accurate and uniform reporting of uncompensated care costs on Worksheet S-10.”


So, CMS isn’t going to use FY 2014 S-10 for computation of Factor 3 for the uncompensated care payment but hospitals should still submit or revise their FY 2014 Worksheet S-10 by September 30, 2016?  One could say that CMS has caused a bit of confusion with regards to the timing of the usage of S-10 data.  No one knows exactly how FY 2014 (or FY 2015 & 2016) S-10 data will be applied to the payment proxy for FFY 2018 and beyond.  CMS continues to send mixed messages on their published intentions and expected timeframes, and providers must be prepared for continued changes to the Factor 3 formula.


We continue to stress that hospitals must protect themselves, and especially in light of these recent occurrences, we want to remind providers that Medicaid days and S-10 data should be sound to best position their organization for any future direction CMS pursues.  Just as important, if a hospital believes its previously reported S-10 data is incomplete, incorrect, or not otherwise adequately supported (i.e. patient level detail) then a hospital should submit revised data to its MAC.  In particular, please be mindful of the 9/30/16 deadline for FY 2014 cost report amendments.  And to this point, although Transmittal 1681 mentions that submissions received on or after October 1st will not be accepted, we want to point-out that the same Transmittal also states “For requests to amend or submit FY 2014 worksheet S-10 received after September 30, 2016….MACs shall follow normal timelines and procedures.”  Consequently, even if unable to complete or amend in-time for the 09/30 deadline, hospitals should still work to submit to the MACs as soon as possible, as the MACs may be willing and able to accept and upload into HCRIS timely for future Factor 3 determinations.


SCA’s Uncompensated Care Compliance Program can assist you in compiling the auditable documentation and revising the applicable Worksheet S-10 data for amending the cost report and submitting timely to the MAC. If you need assistance with your S-10 data, please reach out to us and we will be happy to discuss our S-10 service and how we can assist your organization.