UC costs are reported on Worksheet S-10 of the Medicare cost report. However, S-10 data has proven to be unreliable and inconsistent across hospitals (a subject for a future blog).  CMS has elected to use “alternative” data, insured low-income patient days, to proxy uncompensated care.

For Federal Fiscal Year (FFY) 2015, CMS will use the most recently published SSI days (FFY 2012).  Medicaid days will be taken from the latest FFY 2011 or FFY 2012 Medicare cost report per the 2014 Q1 HCRIS file.  HCRIS is updated based on cost report submissions accepted by MACs and transmitted to CMS.  Only cost report data housed within HCRIS prior to the 2014 Q1 deadline will be available for inclusion in the CMS Factor 3 file.

Based on prior and projected DSH qualification trends, CMS predicts which hospitals will qualify as a DSH in FFY 2015.  The sum of the Low-Income Patient Days from those predicted DSHs is used as the denominator for the individual hospital Factor 3 percentage calculation.

A hospitals UC reimbursement is then calculated:

In case you missed it in our Factor 1 or Factor 2 posts, our 2015 IPPS comments letter to CMS also further analyzes potential issues with Factor 3.  Take a look at it HERE or by clicking the picture below. 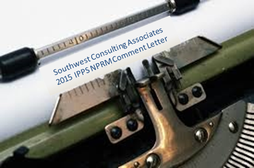