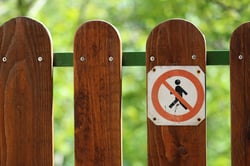 As we all now know, CMS proposed transitioning to the use of uncompensated care cost per worksheet S-10 in the IPPS 2017 rulemaking cycle. For many reasons that we have discussed in the past and that CMS reiterated in the last rulemaking cycle, that plan was not finalized. And although many people were left thinking that CMS was going to make some reforms to the definitions and reporting processes before going forward, they did leave the door open just a bit last year with regarding to moving forward with the change to S-10 in FY 2018. As we now know, they chose to squeeze through that opening and have finalized plans to begin the transition to using worksheet S-10 beginning in FY 2018. As overall justification, CMS stated:

“we have reached a tipping point with respect to the use of S-10 data. Specifically, we can no longer conclude that alternate data are available……that are better for costs of subsection (d) hospitals for treating individuals who are uninsured than data on uncompensated care costs reported on worksheet S-10” ~CMS

So, for FY 2018 CMS will be using a blend of low-income days for 2012 and 2013 and uncompensated care costs per worksheet S-10 for FY 2014 to determine Factor 3. CMS finalized other methodological considerations to address some of the anomalies in the data, most of which came from the proposed rule with the exception of one related to benchmarking UC costs to total operating expenses and utilizing a proxy value for hospitals who report UC cost data outside the benchmark.

Now, for those of you that don’t support this change in methodology, at least not for now, another big push was made by commenters to try to get CMS to change its mind prior to the FY 2018 IPPS final rule release. Some of the justifications for deferring this change included:

The first is in regards to S-10 charges to gross hospital charges.  The national average of this ratio is 24%.

Really, the primary point here is that the comments and examples were plentiful and robust, and most of them have been stated many times before. What makes this interesting is, even with all of that, CMS politely thanked the commenters in the final rule; they acknowledged that many of these comments have been received since rulemaking going back to 2014, but hospitals have been on notice for years that S-10 will eventually be used. And, since the data has improved over time, CMS decided to move forward with the change.

Hospitals will need to get their ducks in a row because Worksheet S-10 is here for the foreseeable future.  Need recommendations on where to start? See our post on 2018 IPPS Final Rule: What To Do Now Recommendations. Curious how the shift to S-10 could affect your provider reimbursement over the next three years? We have a model that spells it out. Go HERE to request your complimentary provider analysis.