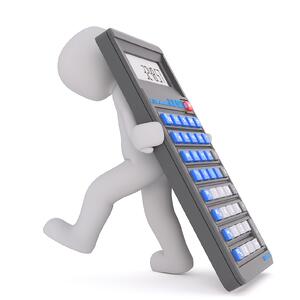 Earlier this week, the Department of Health and Human Services (HHS) released a brief projecting that 2015 enrollment through insurances exchanges will fall short of the original goals. The Congressional Budget Office (CBO) projected exchange enrollment of 13 million in its April 2014 report. The updated HHS projections place enrollment between 9 and 9.9 million.

The concept of applying macro level projections of a new and politically charged healthcare system to actual reimbursement is faulty from the start.  There are too many variables to accurately predict final enrollment numbers. Many providers commented on the 2014 and 2015 proposed IPPS rules as to the potential impact of using enrollment estimates and asked for a reconciliation process to true-up projections to actual numbers.

An enrollment change from 13 million to 9-9.9 million erroneously reduces national UC reimbursement by $836 million - $419 million.  These dollars, otherwise payable to providers, have essentially been eliminated from the program.


Estimates/projections used in UC reimbursement calculations (Factor 1 & Factor 2) are outside of providers’ control.  However, you can protect certain aspects of your reimbursement.