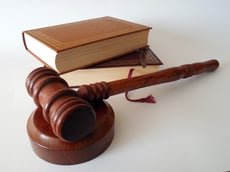 The Provider Reimbursement Review Board (PRRB) issued its decision on the Massachusetts Section 1115 Waiver Commonwealth Care Health Insurance Program (CCHIP) case on January 27, 2017, in favor of the hospitals. A copy of the majority PRRB decision as well as a concurring decision issued by Board members Clayton Nix and Charlotte Benson can be found HERE.

“Whether days attributable to patients who were eligible for, and received, assistance through the Massachusetts Commonwealth Care Health Insurance Program (CCHIP), a CMS-approved § 1115 waiver, should be included in the numerator of the Medicaid fraction for the Medicare Disproportionate Share Hospital (“DSH”) adjustment calculation.” ~CMS.gov

During the proceedings, the MAC argued:

The hospitals disagreed with all these points above and the PRRB agreed with the hospital's arguments. The PRRB noted:

The days at issue (CCHIP) should be included in the Medicaid numerator in the Medicare DSH calculation and that the appeals be remanded back to NGS to recalculate the hospitals’ Medicare DSH payment for FY 2009.


What has Happened Since the PRRB Decision was Issued?

In terms of next steps, the CMS Administrator has notified the hospitals that the agency will be reviewing the decision and either reverse or affirm the decision. If the Administrator reverses the decision then the providers would then file for relief in federal district court. This should occur within the next 60 days. In terms of our best guess, we would expect that the Administrator will reverse this PRRB decision, in which case, a court action will be filed within 60 days of the Administrator’s reversal. We will keep you informed as this plays out however, please contact us if you have any questions.