340B Corner: Senate HELP Committee Hearing on the 340B Program 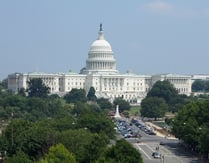 The Senate Health, Education, Labor and Pensions (HELP) Committee held a hearing March 15, 2018, with witnesses from America's Essential Hospitals, Carolina Health Centers, Inc., American Society of Health-System Pharmacists, and the Pharmaceutical Research and Manufacturers of America. The committee asked pertinent questions regarding the purpose and transparency of the 340B drug discount program to the following individuals:

The goal of the hearing was to review the purpose and effectiveness of the 340B Drug Pricing Program, and to see whether changes in the law are warranted to fulfill that purpose. The hearing follows a recent influx of legislative proposals to increase 340B regulation and reporting by covered entities, and is the second congressional hearing in the past six months, following the House Energy & Commerce Committee 340B hearing in October.

As reported in a previous post, the 340B program has grown in visibility as a result of several recent initiatives to increase 340B regulation and reporting by covered entities. At current issue is the expansion of the 340B program through an increase in eligibility to additional categories of hospitals, the quadrupled number of participating unique covered entities (hospitals and child sites), number of contract pharmacies and amount of savings on 340B drugs.

A CMS ruling to cut reimbursement rates on 340B drugs from 6% above sale price to 22.5 percent less than the sale price went into effect on January 1, 2018. This is estimated to reduce Medicare Part B payments to 340B hospitals from drug manufacturers by approximately $1.6 billion annually, yet is currently in litigation by the American Hospital Association, Association of American Medical Colleges, America's Essential Hospitals and three regional health systems for causing "irreparable harm" to 340B disproportionate share hospitals. A federal appeals court hearing on the litigation to reverse the cuts is scheduled for May 4th. Additionally, bipartisan congressional legislation H.R. 4392 proposes to reverse the cuts to 340B hospitals and has 193 co-sponsors at press time.

Multiple legislative proposals to further regulate 340B have been circulated, the PAUSE Act, HELP Act, and the Ensuring the Value of the 340B Program Act are just three. House E&C Committee Rep. Chris Collins has advocated for several policies, which have been incorporated into as many as 9 distinct working legislative proposals. The bills all seek to regulate covered entities. None would address the cost of prescription drugs or regulate the drug manufacturers.

It is against this backdrop the U.S. Senate HELP Committee held a hearing to determine the purpose of the 340B program, and to determine if and what change is needed to ensure the purpose is fulfilled. A full video of the recording can be viewed HERE.

Ranking Member Patty Murray (D-WA), opened the hearing with a reminder of the purpose and scope of the 340B drug discount program, to assist safety-net hospitals to "stretch their resources and serve their communities" and provided examples of hospitals in her district and other states which have provided benefits to their communities through 340B savings. She questioned whether the 340B program is being implemented well and... can we make it better? She believes accountability and transparency are key, ensuring that hospitals are using savings appropriately and that pharmaceutical manufacturers are providing discounts fairly. Murray lauded HRSA for increasing the number of audits and facilitating greater education to prevent hospitals and providers from taking advantage of the system, and for drafting a proposed rule to ensure drug companies give the mandated discounts. She faulted the Trump administration for delaying HRSA's rulemaking to hold drug companies accountable, and CMS for reimbursement cuts to the 340B program. She stated that the annual total 340B savings amounts to about 1% of the total US drug market, but "that small penny, that small percent can make a big difference." Her full statement can be heard on the recording.

He acknowledged Congress didn't make clear in 1992 what the purpose of the program actually is, and the closest definition was a House of Representatives report "to permit covered entities to stretch scarce federal dollars as far as possible, reaching more eligible patients and providing more comprehensive services." While 340B helps low-income patients afford medications and healthcare and ensures qualifying health centers can provide care to the most vulnerable patients, there has been a 30% increase in one year in the amount of discounted drug purchases under 340B, a total of $16 billion in purchases in 2016. As reports indicate that some 340B clinics may not be using the program as intended, he requests clarity on what the program allows and does not allow. His full opening statement can be heard on the recording.

Bruce Siegel, President & CEO, America's Essential Hospitals (AEH)-  AEH represents 325 hospitals and health systems encompassing the healthcare safety-net. These hospitals serve economically disadvantaged patients and communities with an estimated 4.6 million families living below the poverty line and more than 21.5 million individuals without health insurance. Mr. Siegel stressed that these hospitals operate on a margin of 3.2 percent and hospitals in many states operate at a loss. He gave several examples of community programs provided by 340B, and said the 340B hospitals are good stewards of 340B because it is a necessity, their patients and communities depend on it. He cited the increase in HRSA regular audits, 825 to be exact since 2012, while noting that HRSA has only completed 11 manufacturer audits since mandated beginning in 2015. Those 340B entities with audit findings must submit corrective action plans, and audit reports are on public display on the HRSA website. He supports transparency by all 340B stakeholders, including pharmaceutical manufacturers.

Siegel stated that, as intended, the 340B program protects hospitals from runaway drug prices. As skyrocketing drug costs threaten our hospitals and patients, the 340B program is still our best defense against high drug prices. The average member hospital provides $61 million a year in uncompensated care, 8 times that of other hospitals, and they cannot do it without 340B. Full written testimony by Mr. Siegel can be read HERE.

Lori M. Reilly, Executive VP, Policy, Research & Membership, Pharmaceutical Research and Manufacturers of America, began her testimony by voicing PhRMA's support for the 340B program and the role that 340B discounts provided by member companies and manufacturers play in the health care safety-net. She recognized the importance of public hospitals providing disproportionate burdens of high levels of charity care to low-income patients and acknowledged the 340B program was designed to support this care. One point of distinction is the level of reporting required of federal grantees versus the level of reporting required by safety-net hospitals. “340B program rules lack any standards for how 340B discounts should be used by 340B hospitals or even how much hospitals can reap in profits by marking up prices charged to patients and payers when administering the medicines acquired at the discounted 340B price mandated by law.” PhRMA calls for clearer program standards to limit 340B eligibility to “true” safety-net hospitals and patients that rely on the safety-net hospitals and for legislation to increase transparency and reporting, to ensure the program is consistent with the original intent. Full written testimony by Ms. Reilly can be read HERE.

Sue Veer, President & CEO, Carolina Health Centers, Inc., noted that she is representing 1,400 community health center organizations that serve as a primary care medical home for more than 27 million patients. Federally Qualified Health Centers serve populations that the federal government has determined to be medically under-served. She gave four specific points on the 340B program:

She concluded by encouraging policymakers to work with health centers to "best understand the responsibilities and requirements that are unique to health centers and the patients we serve." Her complete written testimony can be read HERE.

Joseph M. Hill III, Director, Government Relations Division, American Society of Health-System Pharmacists, noted that a greater shift toward ambulatory care and more outpatient services have contributed to the growth of the 340B program. While there has been an increase in access to medications for low-income and uninsured patients, it was still only a fraction of the total national drug expenditures. Hill also noted that with bipartisan support in Congress, the definition of covered entities has grown from DSH hospitals, Critical Access Hospitals, rural referral centers, etc. to now include FQHCs, HIV clinics, health departments and hemophilia treatment centers, and yet the program still continues to work as intended. The GAO found that:

The GAO recommended improving oversight, and after the GAO's recommendations, HRSA significantly increased the number of audits by covered entities to help ensure compliance. ASHP has partnered with Apexus, the prime vendor of HRSA, to create 340B University, to inform stakeholders of the requirements and to give compliance solutions. Over 30,000 individuals have completed 340B University. In large part, the program is operating as intended. ASHP endorses programs that support covered entities and manufacturers. Read his entire statement HERE.

A second House Energy & Commerce hearing on 340B is slated for later this spring, and Senator Alexander stated that another Senate HELP Committee hearing will be coming as well. Senator Jones requested that HRSA be a part of that hearing, as they were represented at the E&C hearing. Neither upcoming hearing date has been released.

In part 2 of this Senate HELP committee 340B hearing series, we will address the key takeaways and recommendations.  Be sure to subscribe to our blog by clicking the image below so that you don’t miss a beat...