The proposed rule also applies a system of civil monetary penalties for drug manufacturers with a pharmaceutical pricing agreement that knowingly and intentionally charge a covered entity more than the ceiling price for a covered outpatient drug.   A drug manufacturer may be fined up to $5,000 for each instance of overcharging the covered entity.  The fine will be in addition to repayment for an instance of overcharging.  According to the proposed rule, the Department of Health and Human Services Office of Inspector General (OIG) has the authority to administer financial sanctions to drug manufacturers that knowingly and intentionally overcharge a covered entity.

Comments are being accepted through August 17, 2015.  We will keep you posted as to when the final rule becomes published. 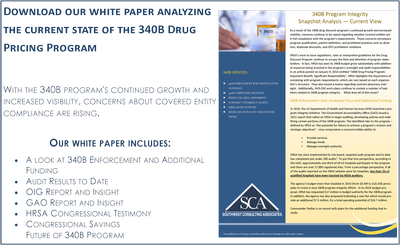