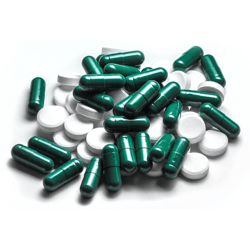 
Monday afternoon, Captain Krista Pedley, Director of Office of Pharmacy Affairs, updated everyone on the many HRSA happenings. As she stated, “The Program continues to face an evolving climate of change and expectations”. Not only are there new regulations and guidance coming from HRSA, there are regulations and discussions from other areas such as the OIG and CMS with Medicaid, Medicaid Managed Care, Medicare Part B and Hospital Provider Based Departments that have a direct impact on the 340B Program. Pedley updated the participants on various 340B Program topics.

Manufacturer Civil Monetary Penalties and Calculation of the 340B Ceiling Price:

The Notice of Proposed Rulemaking (NPRM) was released last June and HRSA received 35 comments. Due to the comments received that suggested alternatives which were not in the original NPRM, HRSA solicited additional stakeholder feedback and they released it again for additional comments. They received 70 additional comments which they are currently reviewing. The target date for the final regulation is November 2016.

HRSA has drafted the NPRM and it is currently being reviewed by the Office of Management and Budget (OMB). HRSA expects the proposed rule to be out in September 2016.

The NPRM was released last year and HRSA received 1,200 comments that they are in the process of reviewing. The expected target date for the final guidance is December 2016.

HRSA continues to automate processes to help them monitor program integrity. They are in the process of updating their 340B database to enhance its functionality and security as well as developing a secure system for covered entities to access 340B ceiling prices. There will be educational opportunities for all users before the new system is activated. HRSA currently receives hospital cost report information through an electronic data interface which allows them to check an entity’s eligibility. This has allowed them to perform quarterly checks on hospital DSH percentages to ensure entities continue to meet eligibility requirements. They have also integrated with HRSA’s Electronic Handbook for Grantees. Pedley said with direct access to this information, HRSA can catch compliance problems early on. They plan to integrate information from The Centers for Disease Control and Prevention (CDC) and the Office of Population Affairs to automate as much of the process as possible.

On the Audit Front

Pedley confirmed that in FY 2017, HRSA is planning to align the audit function so it will be directly managed by the Office of Pharmacy Affairs. Pedley stated that details of the alignment are still being determined but entities should not see any changes in the audit process. The change is being made to enable HRSA and OPA to be more efficient and manage the audit process more easily.


If Grantees have noticed a little extra audit attention coming their way, there is good reason. HRSA has focused additional efforts on covered entities that are eligible through a HRSA Grant. 340B compliance elements have been added to the standard Grant-related site visits, such as verifying the entity is maintaining policies and procedures and is able to prevent diversion and duplicate discounts. Pedley stated, “We believe that expanding these integrity checks to the site visits have raised the bar and expectations of the program”. HRSA plans to add additional Grantees to this process later this year.


Pedley reminded the participants that 340B covered entities should be constantly preparing for an audit and ensuring ALL of their sites are in compliance. The covered entity is ultimately responsible for ensuring compliance of their 340B Program.

HRSA is on target to conduct five manufacturer audits this year. They will post the manufacturer final audit summary information on HRSA’s website. Per the statute, HRSA is required to collect information from manufacturers in order to verify the accuracy of the 340B ceiling prices and to make those prices available to covered entities. HRSA will be including spot checks of sales that are occurring in the market once their secure database is up and running. They will conduct analysis and trending of pricing data to assess manufacturer compliance.


Manufacturers should also ensure their information is accurate and up to date on the HRSA website. The manufacturer information assists covered entities that may need to contact the manufacturer and it also ensures HRSA has correct contact information as they prepare for the new pricing system. HRSA reviews and follows-up on all allegations regarding manufacturer compliance. If a 340B ceiling price is not available for a covered outpatient drug, there is a form available in the Resource Center 340B Tools on the Apexus website to covered entities to report issues to HRSA regarding the availability of those 340B drugs. HRSA will follow up on every report they receive and work with the parties involved to ensure there is a resolution. However, Pedley encouraged covered entities and manufacturers to work together on any issues and use good faith efforts to settle concerns related to program compliance.