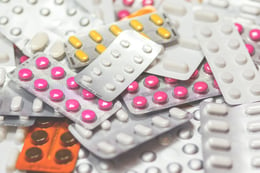 We enjoyed visiting with our clients and meeting new friends at the 340B Winter Coalition in San Diego a few weeks ago. This 340B Coalition had a record attendance exhibiting the growing attention and focus on the 340B Program.  Captain Krista Pedley, Director of Health Resources and Services Administration, Office of Pharmacy Affairs gave an update at the winter 340B Coalition recapping 2015 and focusing on HRSA’s 2016 goals.  Topics included:

Here we are in 2016 and though HRSA has been advancing their program integrity efforts, we are still waiting for clarity on a wide range of 340B issues.  Pedley stated, “HRSA continues to move forward on their goal to provide more clear policy through regulation where they have authority and guidance on other policy areas.”  She gave a quick update on the status of the proposed regulations and guidance but since they have been released for public comment, she was not able to discuss their substance or discuss the comments received.

Just to refresh, the Civil Monetary Penalties (CMP) Notice of Proposed Rulemaking (NPRM), which includes the calculation of the manufacturer ceiling price, was released in June 2015 and the comment period closed in August 2015. The Omnibus Guidance NPRM (Mega-Guidance) was published in August 2015 and comment period ended in October 2015.  HRSA received over 1,200 comments from stakeholders on the proposed Omnibus Guidance alone and they are in the process of reviewing all the comments received for both the CMP and Omnibus Guidance.  Pedley said that HRSA’s review of the comments will help them plan their next steps and there was no indication of when either proposed rule would be finalized.  Currently, the Administrative Dispute Resolution is being drafted and HRSA plans to release it this calendar year.


Pedley did refer to the Fiscal Year 2017 Presidential Budget and how it seeks new rulemaking authority to ensure adherence to the 340B program’s principles, compliance with the law and the most effective use of the 340B Drug Pricing Program. Pedley stated, “Clear legislative authority to conduct rulemaking for all provisions of the 340B Statute would be most effective in facilitating HRSA’s oversight and management of the 340B program.  Regulatory authority would allow HRSA to provide greater clarity and specificity for program requirements which would enable HRSA to respond to some of the GAO findings such as clarifying hospital eligibility requirements, patient definition and limited distribution plan. Because regulations are binding and enforceable, regulations would allow HRSA to be more specific about program requirements and provide the necessary clarity for stakeholders”.


Last year, HRSA focused on automation and integrating with federal systems such as CMS, CDC and Office of Population Affairs allowing them to automatically obtain eligibility information. The automation is freeing staff time to focus on more complex cases. HRSA has added additional staff to conduct quarterly reviews to catch any compliance issues as early as possible. HRSA is also developing an internal system to track compliance information on covered entities. It will link to HRSA’s current database and track eligibility creating a real-time feedback loop for HRSA staff. Their automation and system upgrades have allowed HRSA to ramp up their outreach communication to provide the latest information about the 340B Program.  Pedley gave the examples of:

Pedley also discussed HRSA’s audits of covered entities.  This is the fifth year of covered entity audits and findings have varied from minor 340B database errors to duplicate discounts and diversion requiring paybacks to the manufacturer.  HRSA has removed child sites, contract pharmacies and one entire covered entity.  See some 2015 stats HERE.


Covered entities are chosen for audit based on a risk stratification methodology as well as targeted audits which may be triggered as a result of reported violations or allegations against an entity.  If a covered entity disagrees with a finding on the final report, the entity may send in one letter disputing the findings with documentation supporting the case. HRSA auditors will consider any additional points raised and may adjust audit findings.  Pedley did warn that without appropriate documentation, HRSA is unable to assess the source of disagreement and would likely not overturn adverse findings. After HRSA has reviewed the additional documentation provided by the covered entity, they will issue another final report by which the findings stand. If there are still findings in the final report, the entity is required to submit a Corrective Action Plan (CAP) to be approved by HRSA. Finally, all audit results are posted on the OPA public website.  Pedley restated, “Covered entities should constantly be preparing for audit and ensuring their sites are in compliance. They are always responsible for compliance in the parent site, child site and contract pharmacies”.


The overall theme throughout the conference was “Integrity and Compliance”. It takes both internal and external resources to meet the requirements for the 340B program.  At the core, you have to look at the 340B program as you would any compliance audit. Using a team approach, developing policies and procedures, maintaining auditable records, preserving program integrity, conducting internal and external monitoring, providing ongoing education, responding promptly to offenses and developing corrective action all play their roles in 340B compliance and collectively, will make for a more manageable 340B compliance review.