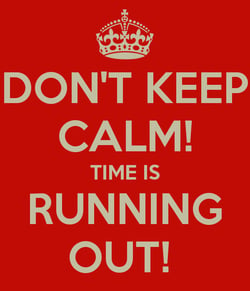 The FY 2018 IPPS proposed rule was published April 28, 2017. Public comments have been submitted and we are awaiting the final rule.  For reference, the 2017 IPPS final rule was posted the first week in August 2016 so we are on the cusp on the 2018 final rule.

In our last proposed rule post, while we stated that there was a brief moment of deja vu with regards to using Worksheet S-10 to distribute the uncompensated care payment to qualifying Medicare DSH hospitals for FY 2018, we also stated that based on the language used in the proposed rule, we believe that the change will stick this time.  Despite challenges on the accuracy of Worksheet S-10 data, CMS goes out of their way to lay out the reasoning for using S-10 now.  And, with the issuance of Transmittal 1863 and the notice about FY 2014 S-10 revisions, our case may be even stronger now.   From experience, we all know that anything can happen but we think Medicare DSH hospitals should take notice (and quickly) with this proposed rule, subsequent Transmittal and Notice and prepare themselves as best they can to deal with this significant change. Here’s what we recommend hospital’s be working on in advance of the final rule, in order of priority.


CMS issued Transmittal 1863 in June, putting providers on notice to amend FFY 2015 Worksheet S-10 data by September 30, 2017, in order for this data to be included in the December HCRIS data for use in the Factor 3 computations of the FY 2019 IPPS proposed rule.  We recommend that hospitals review S-10 data for FFY 2015 first and amend this data for use for UC pool distribution purposes.  Worksheet S-10 data continues to be audited for HITECH purposes and any adjustments would impact this calculation.  Hospitals also have an obligation to prepare the cost report in a compliant manner and in accordance with current cost reporting instructions.  We recommend that all hospitals review this year and determine whether an amendment to S-10 data is needed.


Transmittal 1681 required hospitals to amend FFY 2014 S-10 data by September 30, 2016, which has obviously passed.  After that time, any amendments to data beyond the 9/30/16 deadline were subject to normal MAC processes.  HOWEVER, CMS posted a notice on their website regarding a second opportunity to revise FY 2014 S-10’s in July.  Specifically, CMS is allowing providers one more opportunity to update their FFY 2104 S-10 data stating, “amended FY 2014 cost reports due to revised or initial submissions of Worksheet S-10 received by Medicare Administrative Contractors on or before September 30, 2017, will be uploaded to the Healthcare Cost Report Information System by December 2017”.  If you are one of the 75% of hospitals that did not amend Worksheet S-10 data for FFY 2014, this may be an area of concern, as this data will be used in Factor 3 for FFY 2018, 2019 and 2020 if CMS continues forward with the methodology described in the proposed rule.  While the window to impact this calculation for FFY 2018 has closed, it appears that FFY 2014 revised S-10 data could be used in calculating Factor 3 for FFY 2019 and 2020.


Not only will FFY 2017 S-10 data be used for UC distribution purposes, but CMS has indicated that for the first time, audits of S-10 data will be conducted on this year.  In the FY 2018 IPPS proposed rule, CMS stated, “We expect that cost reports beginning in FY 2017 will be the first cost reports for which the Worksheet S-10 data will be subject to a desk review.”  While a plan has yet to be developed, it is reasonable to speculate that CMS will need to “cast a wide net” in order to compile data as it reviews the need for further S-10 cost reporting instructions.  It is also reasonable to conclude that hospitals with higher UC costs, hospitals with data anomalies and hospitals with large changes in UC costs will stand out as audit candidates.  We recommend that hospitals put their best foot forward in preparing the audit detail for this year.


If you will also recall, the substantive reimbursement requirement imposed by CMS as a part of the 2016 OPPS final rule requires hospitals to file of ALL allowable costs in the initial cost report.  In a nutshell, for cost reports starting on and after 01/01/2016, in order for hospitals to potentially qualify for Medicare reimbursement related to any given issue, they MUST have first made a cost report claim for such reimbursement.  Alternatively, if the provider feels the reimbursement associated with a specific item does not adhere to current Medicare policy, they MUST file the cost report under protest.  Read more HERE.


If CMS continues forward with the methodology described in the FY 2018 IPPS proposed rule, FFY 2016 S-10 data will be used for the FY 2020 Factor 3 computation.  While that seems far off, CMS could request that any updates be made to FFY 2106 data as early as next summer (remember Transmittal 1681 and Transmittal 1863, then roll that forward).


As we stated in the beginning, we think that CMS will finally dig their heels in and finalize using cost report Worksheet S-10 to distribute the uncompensated care payment to qualifying Medicare DSH hospitals.  If you missed our post on why we think that will be the case, you can find it HERE.  Only time will tell what CMS ultimately decides to do.  We’ll leave it up to you to decide if the plan will stick this time – but for what it is worth, we believe that the change will be made this time and that providers should prepare themselves as best they can to deal with this significant change using these recommendations as a guide and swiftly especially for FFY 2014 and FFY 2015 as the September 30, 2017 revision deadline is rapidly approaching.  The countdown is on for the final rule...stay tuned.

Southwest Consulting Associates will be hosting another webinar shortly after the next IPPS rule is released.  Be sure to save your seat by clicking the link below: